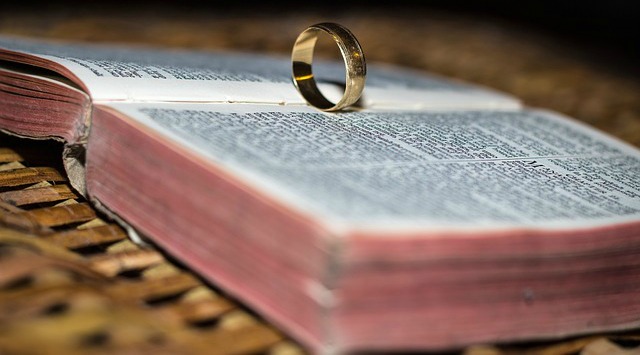 Q: Bronwen, I’ve always been taught that there are specific gender roles in a Christian marriage, and that means the husband is intended to have the leadership role and the wife’s role is to help and to submit.

But that feels so unnatural to my husband and I. His personality is quiet and gentle and relational. I am more of a leader and feel more comfortable than he does in taking on the role of decision-making and initiating ideas or actions. I really struggle with the idea of each of us trying to squeeze ourselves into boxes that are opposite of who it seems that God has made us to be. What does the Bible actually say about “roles” in marriage?

A: I’m so glad you asked. This is such a difficult subject for many people, because, as you mentioned, we all have different personalities. There is no set gender division in personality types. God does make each one of us unique in our psychological makeup, and the experiences we have during our lives are also part of the development of each individual’s personality. Given that people are created with such different characters, it does seem odd that God would make marriage a place where we have to fit into pink and blue “one size fits all” boxes.

So let’s stop and think about these gender roles we have been taught. Are they actually biblical?

Well, I would say a firm “no” (and so would many other Bible teachers, pastors and scholars). Why do I say this? Let’s look at why people say things like “it’s a man’s role to be a leader and a woman’s role to be a helper,” how they reach these conclusions, and whether this is a reasonable and accurate understanding of the Bible’s message.

Women are Men’s “Helpers” in Genesis 2

One starting place for this belief in gender roles is in Genesis 2:18. “The Lord God said, ‘It is not good for the man to be alone. I will make a helper suitable for him.’” There you have it, they would say – women are created to be helpers (assistants) to men – therefore, men are created to be the leaders.

There’s a problem with this assumption. We interpret “helper” as meaning someone with a subordinate role. But if we take a look at the word for “helper” used in the Old Testament (that’s ezer in the Hebrew), we find something very interesting. Ezer occurs 21 times in the Old Testament. Twice, it’s used in Genesis to speak of this person who was lacking in the man’s life (the other occurrence is Gen 2:20, “But for Adam,[1] no suitable helper was found”). Three times, it refers to a nation which used its military strength to come to Israel’s aid – not a subordinate position at all. In the other 16 instances, ezer refers to….(drumroll, please)….God. You know, as in “God is our refuge and strength, an ever-present help in trouble” (Ps 46:1). Is God our subordinate? Do we lead while God ever-so-kindly assists? No, that would be ridiculous to suggest! It is God’s strength which enables Him to help us. We turn to Him as our King and Saviour to help us with what we cannot do for ourselves. Another way of translating this word ezer would be “strong rescuer.”

Does this then mean that women are to lead men? Not at all. Ezer is one half of a rather interesting phrase – ezer kenegedo. Kenegedo means “equal to,” “corresponding to,” “face-to-face with.” The man and his strong rescuer would be equals – neither partner in authority over the other. In other words, a husband and wife are two equals designed to be each other’s pillars of strength, supporting one another through life’s challenges, while relying on God as their ultimate source of strength. This is God’s good design for men and women in creation.

No hint that women will be subordinate to men in any way occurs until Genesis 3, after the Fall, when God says to Eve, “Your desire will be for your husband and he will rule over you” (Gen 3:16). This is not an example of God saying, “Here’s how things ought to be” or “here’s what you must do.” Rather, it is a description of the results of the Fall – that the harmony between the sexes will become skewed, and the authority of one over the other is one way this imbalance will show up.

Husbands are “Heads” of Wives in Ephesians 5

You see, although this is the chief figurative meaning of “head” in English, in Koine Greek (the Greek of the New Testament era), this wasn’t the case at all. You can’t assume that the figurative meaning of a word in one language directly translates over to another. For example, in English, when we have a cold, our “noses run.” In Mandarin, however, “mucous flows.” Try telling a non-English speaking Mandarin speaker that they need a tissue because their nose is running, and you are going to get some very funny looks – noses don’t pump their (non-existent) arms and legs back and forth to proceed swiftly from one place to another! How ridiculous! Understanding what is meant in the original language is really important.

Why would Paul be making this distinction in this particular context, that woman originally came out of man? There was a common belief at the time, which came from a merging of the Jewish creation story with myths of that region which held that the woman was created first, and led the man into enlightenment, rather than sin. Paul strives to correct this false teaching about the theology of human origins.

To believe that this passage teaches that the husband is the authority over the wife leads a person to believe that the Father is in authority over the Son, which in turn leads to an ancient heresy known as the Eternal Subordination of the Son. True Christian doctrine holds – and has held for millennia – that the Father, Son and Holy Spirit are co-equal. Messing with the doctrine of the Trinity just to make your gender theology hold water is a bi-i-ig no-no.

So Eph 5:23 is about correcting a false teaching about origins, not about men being the bosses. It categorically cannot mean that men are in authority over women when Paul’s original intent is understood. The main thrust of Paul’s advice to husbands is to love their wives, not to assert their authority over them.

This post is part 1 of a 2-part series. Part 2 looks at examples of actual marriages in the Bible and whether these demonstrate gender roles of man=leader/woman=assistant.

Do you have a question about men, women, the Bible and real life that you’d like answered? Your suggested questions would be greatly welcomed for topics of future Q&A blog posts – just email Bronwen at godsdesignperth@gmail.com.

You can follow the God’s Design – Perth blog via our Facebook page or by signing up to receive posts by email…or preferably both . From time to time, additional items of interest are published on the Facebook page, which are not found on the blog. However, Facebook does not show all those who “like” the page all of my posts all of the time. To be sure you will not miss out on great content, I would encourage you to sign up for both.

[1] Or, more accurately, “the human being.” The Hebrew phrase ha adam simply means “the human being” (of either gender). It’s not until chapter 3 that the author of Genesis drops the definite article (“the”/”ha”). Nor is this first person referred to as a man (ish) until after the creation of the woman (ishshah). The male person is not called by the name Adam until Genesis 3:17.

[2] There are several other options, but this is both the one which fits best, is attested to in ancient sources and has the most support from biblical scholars.