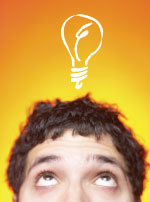 I am thrilled to announce that my good friends and retired pastors, Liz and Trevor Sykes, will be regular guest contributors to the God’s Design blog. Liz and Trevor have a passion for helping men and women to live as God intended, and to help them to develop sound and healthy relationships. In their retirement, they love spending time with their grandkids,travelling round Australia from time to time and walking on the local beach. Somewhere, they each find time to mentor a number of school chaplains as well. Thanks, Liz and Trevor, for sharing your passion for biblical equality with us.

Recently Liz and I visited one of our sons (who is the senior pastor of a beachside resort town church) and his family for a weekend. The last time we were there, about 2 months ago, we heard him begin a series on foundations in Genesis where he touched on men and women as God created them and some of the myths and erroneous marriage practices that arise out of incorrectly interpreting this passage of Scripture. He did the introductory message very well but we were unable to be there for the next instalment so we ordered a CD of the next message which we only listened to on our return, journey.

It was while listening to that message on the CD that I asked Liz to pause it for a moment, I had just had an ‘aha’ moment of something that really struck me while Lee (our son) was expounding this passage. He was talking about the word ‘desire’ in Genesis 3:16, and how it had been wrongly translated to suggest that women now have a desire to ‘rule’ men, pointing out that this mistaken belief had found its way into some paraphrases, like the New Living Translation for example. (In the current version it is a footnote) Our son was explaining that a more correct view of the word ‘desire’, as it appears in Genesis 3:16, is a ‘turning towards.’ It has the sense, in this context of the woman ‘turning towards’ her husband and relying on him rather than relying on God. It could even be seen as a form of idolatory where the man is sought out as the completer of the woman rather than God being her all in all.

The ‘aha’ moment, or Spirit directed insight was this.  It just occurred to me, while the exposition was happening, that from a gender hierarchialist perspective, that’s exactly what men are being asked to be, the ‘go to’ persons between women and God. If, as the ‘turning towards’ translation suggests, women want a man to complete them, rather than God, then for men to rule would mean that they are embracing an undesirable pattern. We are very familiar with the fact that preparation for worldly marriages idealise this concept in that from a very young age girls are groomed to need to be married and to dream of the ideal man to marry. The prince charming who will sweep them off their feet. The perfect guy who will fulfil all of their dreams, desires and needs. From my perspective expecting men to rule is a huge deficit in the gender hierarchialist view in that it actually feeds this suggested inordinate desire in women rather than providing a God honouring corrective alternative. This would be that a woman be encouraged that she can be complete, as an individual in God through Christ as her sin bearer, then, out of that completeness God can give her a like-hearted partner with whom to share her life.

Men who rule, however they rule, be it gentle or harsh, are taking the place of God in the lives of the women whom they rule which means they are filling this ‘turning to’ need that is described by God as what would happen as a direct result of the Fall. Rather than rule, both should be encouraging each other to hear and obey God for themselves and to bring to the relationship their shared understanding, oneness and the empowerment of living in mutual submission together under the direction of God by his Spirit. This was God’s original intention and it was lost with the introduction of sin and disobedience. To put those most basic of relationships right is part of the purpose of the redemptive work of Christ and it is surely the ‘heart’ and ‘passion’ of God to see humanity fully restored and living life as he intended before the fall.

One thought on “An “Ah-Ha” Moment”