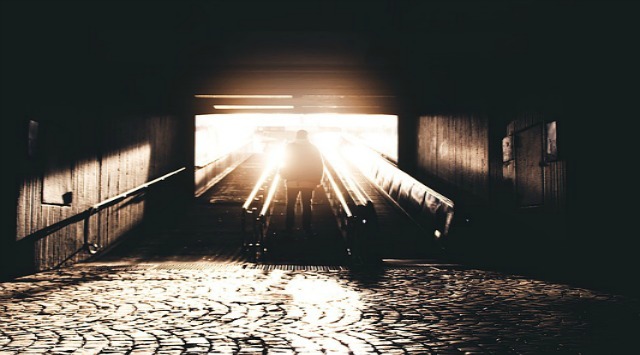 Is the Bible any sort of a place to find relevant and useful ideas on gender issues? And what does this question have to do with an ad for photocopier paper? (Those are two sentences you never expected to find in the one paragraph!) In this post, I provide an overview of the treatment of women throughout the Bible.

It’s probably no great secret, but the truth is – I’m a bit of a dag. (Translation for overseas readers: I’m not too fussed about what’s fashionable or cool. In Australia, this actually manages to be a term of affection in some situations.) With limited exceptions, my taste in music isn’t dictated by the current music charts, and there’s nothing all that hip about singing in a Christian a cappella choir (but I love it anyway). I’m more interested in what clothes I think suit me than in this season’s colours and hem lengths. And I’m more than capable of going to Woolworths for some bread and milk without makeup on – gasp!

And – here comes the conclusive proof – I love that Reflex paper ad that was on TV a while ago. You know, the one where Scruffy-Looking Copier Repairman turns out to be a guru dispensing sage and mystical life advice. “You have a jam inside your printer, and a jam inside your soul,” he knowingly and obscurely advises Mr Generic Office Worker. He presents a packet of copy paper. “You’ll find peace within these pages.” After waxing lyrical on the benefits of this brand of paper, he dispenses his final pearl of wisdom with aplomb. “You’re sure to find enwhitenment.” Mr Generic Office Worker somehow manages all at once to look polite, incredulous and more than faintly nauseous. “Did you say – enwhi-?” he queries, his tone implying, “Surely I didn’t just hear that.” Repairman Guru nods. “Enwhitenment,” he repeats, with an air of finality. Sorry if you hate the ad, but it tickles my sense of humour.

Some people are under the impression that within the pages of the Bible is the last place that you could expect to find enwhi-, er, enlightenment on gender issues. Patriarchy, yes. Misogyny, yes – that too. But enlightenment…pffft. Consign it to the resting place for all old books that no longer meet up to contemporary ideals, they suggest – what was good for people in the Bronze or Iron Ages and the Roman era couldn’t possibly have relevance for us today, especially given that we are now so much more enlightened about gender. Or so they think.

While it is very true that sometimes behind the doors of the church is the last place you will find gender equality[1], the Bible turns out to be much more surprising.

Genesis 1: Equality at the Foundations

The entry of the first man and woman in the Bible’s first chapter establishes the equal worth, dignity and authority of men and women (Genesis 1). Both man and woman are created in the image of God. Far from setting up the woman as inferior or subordinate, the text is very deliberately structured to make a very firm point about gender equality. The world in its perfect state demonstrates the full equality of man and woman.

Moving into Genesis 2, the deep loneliness of the first man is highlighted (it’s not about him being male – it’s about him being alone and lonely, to highlight that human beings need one another). More than this, God’s commission to human beings to care for creation and to procreate cannot be achieved by one person alone. Here is a problem which requires a strong rescuer (ezer) – and that rescuer is not the man, but the woman. Again, equality is highlighted (kenegedo), so it is clear neither is to lord it over the other – they are to live in equal partnership. The key biblical ideal of marriage – two becoming one flesh – is presented within this context of equality between male and female.

Man and woman were equal in creation, but as we enter Genesis 3, they are revealed as equal too in sin. Both Adam and Eve are present when the serpent weaves his tale of deceit, and both eat the fruit. Both cast blame afterward. Both will have to face the consequences. The domination of men over women is revealed in Genesis 3 as a consequence of sin, not how life is supposed to be. In other words, it’s a bad thing, and something we should oppose.

Women Lifted Up in the Old Testament

The Old Testament unfolds the many ways in which sin has ruined the world. One of the glaring results of sin in the ancient world was that the equal partnership and harmony of Eden had dissolved and was replaced with a society built on patriarchal foundations. In some instances, we see the biblical characters dismally failing to grasp that God’s way is not the way of the prevailing cultural trends. This leads to polygamy, treating women as property, rape and the like. But within this framework, we see God’s concern for the equality of men and women coming through on numerous occasions. One example is when the daughters of Zelophehad approach Moses regarding inheritance rights (Numbers 27:1-11). In the cultural context, only males could inherit. Moses agrees that this is unfair and prescribes inheritance rights for daughters when there are no sons – not as far-reaching a right as we would like in contemporary times, but completely radical for its time.

The Practice of Marriage Throughout the Bible

Although the Bible doesn’t shy away from presenting the stories of how patriarchal practices deviated from the ideal of marriage, there are numerous stories which present a stark contrast. Men such as Isaac and Elkanah (husband of Hannah) are presented as being genuinely loving husbands who have tender concern for their wives. Married women are frequently portrayed in a positive light for demonstrating initiative and making decisions independently of their husbands. Abigail goes behind the back of her foolish husband, Nabal, to provide food for David and his troops – thus averting the slaughter of all the men in her household. Her husband dies soon after and she marries David (1 Sam 25). Ruth essentially proposes to Boaz (Ruth 3). Esther disobeys the law to enter the presence of her husband, the king, without being summonsed, and her risk saves the Jewish people from destruction (Esther 5). The woman of Proverbs 31 buys and sells land without her husband’s involvement. In the New Testament, the practice of mutual submission – each partner voluntarily yielding in love to the other – is taught, particularly in 1 Corinthians 7 and Ephesians 5.

In a culture which did not even allow women to learn the Scriptures (one example is Rabbi Eliezer, who thought it better to burn the Torah than teach it to women), Jesus not only treated women with respect, but insisted that their rightful place was in the position of a disciple, learning to know God more deeply, rather than serving men (Luke 10:38-42). Jesus’ ministry was financially supported by a group of women disciples who travelled with him (Luke 8:1-3). He was not embarrassed by “women’s matters,” and was even willing to go against Mosaic law on this issue, as demonstrated by his compassionate response to the woman with the flow of blood (Luke 8:43-48). Jesus balances parables based on male themes with those featuring female imagery, such as the woman looking for a lost coin (Luke 15:8-10) and virgins waiting for a bridegroom (Luke 25:1-13). He helps, teaches and advocates for women who were unimportant or despised in the Jewish society of his time, including a young girl (Mark 5:22-24, 35-43), a woman caught in adultery (John 8:1-11) and a Samaritan woman who had had five husbands and was now involved with a man who was not her husband (John 4). Jesus never looks down on, ignores or sidelines women. Jesus includes, teaches, involves, heals, listens to, shows compassion for, advocates for and uplifts women.

Women in Religious Leadership Throughout the Bible

From the Old Testament through to the New, we repeatedly see women involved in religious leadership – rarely in the Old, but by the time of Paul, women were routinely involved in church ministry at all levels. The prophetess Huldah confirms that the Book of the Law uncovered in the Temple is indeed part of the canon of Scripture, interprets it and makes authoritative prophetic statements about the implementation of the commandments contained within the book (2 Kings 22:8-20, 2 Chronicles 34:22-33). Miriam, Moses’ sister and a prophetess in her own right, leads the Hebrews in worship after crossing the Red Sea (Exodus 15:19-21). Deborah was a judge (heroic leader sent to rescue Israel), military leader and prophetess whose words form part of Scripture (Judges 4 and 5).

Acts 2:17-18 – in which Peter quotes the prophetic voice of Joel from the Old Testament – makes it clear that one of the key indicators of the New Covenant would be the ministry of women. Paul names numerous women in leadership roles in the churches he writes to – in the case of Romans 16, about a third of the people he greets are women, but he names more women than men in various leadership capacities, and women are named in a wider variety of ministries than men.  In this passage, he names women in roles including deacon, patron, co-worker and apostle. Priscilla and her husband Aquila, who are house church leaders and accomplished teachers of Christian doctrine, are two of Paul’s chief associates, and are shown exercising their leadership in a number of churches.

The Bible is widely misunderstood as suppressing and excluding women. Digging deeply and broadly into Scripture reveals a different picture – one which gives women a voice, welcomes their service in every aspect of ministry and gives them value and dignity equal to that of men. It seems that the Bible is remarkably enlightened about gender after all.

[1] Am I denying that women sometimes have an inferior role in Scripture? Not at all. In some instances, this is because the patriarchal culture of the world of that time is being accurately portrayed. In others, it may be that our interpretation of what Paul was saying is inaccurate (1 Timothy 2, Ephesians 5, 1 Corinthians 11). In this instance, it is then our job to try to get to the bottom of Paul’s original intentions. Overall, the picture in the Bible is of God stepping into a patriarchal society to uplift women – God’s priorities being revealed in stark contrast to cultural norms.

2 thoughts on ““Enwhitenment”: The Bible’s Surprising Take on Men & Women”